I’d always wanted a cat. We had one briefly in the 70’s for two weeks. But during that time there was medical speculation that feline leukemia might be passed from pet to owner. My mother, never one to take a chance, announced that we had to take my new kitten back to the breeder. I was crushed but asked, “If they ever find out that the leukemia isn’t linked to humans do you promise we can get a cat?” My mother said yes, but when zoonosis was found to be false, we never did get a new cat. And even though we had several great dogs over the years, my yearning for a cat grew.

It wasn’t right after my mom’s passing but close to it. Just after my birthday in October of 2002, I stopped into a local pet store to get some birdseed for my then 15 year-old Lovebird. I happened to look in the kitten cage and spotted a silver grey tabby situated atop a grey litter box. She was all by herself and looked so lonely. I asked the clerk how much for the kitten.

“We don’t have any kittens,” he said.
“Yeah, you do,” I replied.
“Oh, there’s a kitten there!” he remarked when he spied her in the cage. He didn’t even realize she was there; which didn’t exactly make me feel good about leaving her at the store.
I picked her up, held her, and she purred as she gazed up at me with these beautiful inquisitive green eyes. I thought, “What the heck am I doing? I can’t get a kitten.”
Just then a little girl, who was in the store with her mother, walked by me, stopped and said, “That kitten’s eyes match your sweater.”
I don’t know what it was about her comment, but in that moment I knew that kitten would be mine and I’d be hers. And with that, an 18 year-old friendship was born.

When Punkie first came to live with me I had a Lovebird. (He lived another 5 years—all my pets have long lives). I was worried about her going after the bird, but when she put her paw on the bird’s cage out of curiosity I allowed the bird to nip her. That was the one and only time I let her get hurt, and it was a good lesson because she left the bird alone after that and I never had to worry about the two of them.

Since I’d always had dogs, I trained Punkie like a dog. She learned to sit, to stay, to give a paw, to come when she was called and fetch. I also taught her not to walk on my keyboard and she gratefully never did. She was so delicate in stature; a mere seven pounds, with a beautiful bright face—and agile like a ballerina. You would never hear her leap on anything, yet suddenly she would appear. If ever a cat had Ninja-like stealth skills, it was Punkie.

What cat eats fruit? She loved honeydew melon, go figure. And if I was cooking shrimp she could ferret it out all the way from the bedroom and would make a beeline for the kitchen, gently placing a paw on my leg. I always made sure to cook a couple extra shrimps for her, and she would let out a tiny little squeak of happiness. Save for the crustacean, she never cried out for food, but rather would sit patiently by my feet and wait for me to feed her.

Over the years, we played all sorts of silly little games together; like the “Penny Game”—I would skid pennies across my hardwood floor and she would chase them, touch them with her paw and then growl and run around, or “Dinosaur” where I would pretend to be a Tyrannosaurus clomping on the floor slowly saying, “I’m gonna get that Punkie,” and she would tear ass across the house growling with glee—the games would always end with me scooping her up and giving her a snuggle and a kiss on her furry little face and she would give me a kiss back on my forehead. We were pals.

I should have called her ‘Lightning’ because she was so incredibly fast. I took her to the vet for a checkup and told them to be careful because she was super quick and would bolt at the first opportunity. The receptionist pooh-poohed me. She’d seen it all, ‘blah, blah, blah.’ I was sitting in the waiting room when a grey streak leapt from behind the reception desk, onto the floor and up and over another four-foot high counter and into a back room.
“Punkie?” I asked knowingly.
The receptionist nodded, meekly chagrined.
“Uh huh.” I said and sat back down. It took three techs to wrangle her back inside.

Sitting in my window box and watching passersby was one of her favorite things, and the little scamp attracted a cadre of fans. People passing with their children would stop and I’d hear them outside my window just fawning over her. “What a beautiful cat!” they would exclaim. My mailman would always stick around a bit and tap on the window and talk to her. Everyone loved her—and like a mother doting over her child, it made me proud.

A squirrel toy was her favorite. It was almost as big as she was—and she would carry it in her mouth and yowl so loudly I could hardly believe it was my quiet little bunny bear that otherwise never uttered so much as a mew.

One December six years ago, I almost lost her—she got pretty sick and wasn’t eating. After taking her to the vet it was determined that she needed to be force fed and given fluids. I administered IV injections for four weeks and fed her with a small syringe every two hours. I cried and told her she couldn’t leave me. And she didn’t, miraculously pulling through using one of her nine lives.

When my fiancé Bill moved in, he was so gentle with her and kind to her, and she adored him and would sit on his lap and purr. I knew anyone that loved me would have to love her and he passed the “pet test” with flying colors.

Punkie and I had a deep, non-verbal understanding of each other—I know that may sound strange to some of you who either don’t have pets or haven’t had a connection with an animal, but it was so special, and we were bonded in a way that is difficult to describe. And all that I did for her over the years was nothing compared to what she gave back to me: unfathomable love and adoration. Greeting me with boundless joy at the door whenever I got home. Never judging me. She just loved me for being me and loved being with me. And I know this is also going to sound weird but if you’ve never had children you will understand how having a pet can be a lot like having a small child that never grows up. For me, someone who didn’t have children and would have liked to, Punkie was my baby. I fed her, bathed her, clipped her nails, cleaned her ears, and tended to her every need. I always made sure to take 15 minutes to play with her morning and night. Taking care of her taught me to be a good caregiver. She made me a better, more responsible person because I knew I needed to get home to look after her and I wanted to make sure she was always content and happy. She gave me a sense of purpose and joy.

The last year of her life she became frail. She stopped jumping up onto the windowsill, and she needed help to get up on the window box and the bed. I attributed it to arthritis and old age. She was after all, 18. Three weeks before she died I had a dream about her. In the dream I was carrying her in a blue blanket away from some type of danger. It was such a vivid dream—I recalled waking and thinking it was odd because we didn’t own any blue blankets and at the time, I didn’t know what it meant.

Then she got really sick. I mean, it happened so quickly. She’d been having kidney and blood pressure issues for about a month. The vet put her on meds that seemed to help, but her breathing was labored. An X-ray revealed fluid surrounding her lungs. The decision to put her down wasn’t easy, and I will always wonder if I did the right thing, if I could have saved her if I’d taken her into the vet sooner. If this, and if that…constantly questioning my judgment.

But the night before she left us—she was on my pillow and I was next to her and she reached out and put her paw in my hand and looked at me and I just knew. I knew she wanted to go. She seemed so tired and was struggling with every breath. So I told her the same thing I told my Mom. I said, “If it’s your time, it’s OK to go. I don’t want you to because I’m selfish and I want you with me forever, and I want you to stay here so I can hold you and love you but I can see that you’re staying here for me and you’re in pain. So it’s OK. I understand.” And she closed her eyes and squeezed my finger with her paw.

The next day I arranged to take her to the vet. Bill went with me and they put us in waiting in a room while they gave Punkie a catheter so they could administer her sedative. When the doctor brought her back in to us she was wrapped in a blue blanket and the doctor handed her to me. I immediately recognized it as the blanket from my dream. I held Punkie as the doctor injected her with the sedative and thought, “This is it. I’m carrying her away from danger and pain and suffering into the next world.” And I wailed and sobbed and cried. And Bill broke down and cried also because he loved her too. And we were broken hearted to see her bright and gentle spirit depart.

For 18 years she remained perfectly content in my one-bedroom apartment, never caring to venture outside. She lived in such a very small part of such a big world and yet, she left a hole in my heart larger than the universe.

Rest In Peace, my best friend, my little bunny-bear, my heart, my Punkie. Until we see each other again.

Awww Punkie!! I love her too. I can only imagine Taylor the pain!! 18 years.. my baby buster I’ve had for 13+ years. And I remember it like it was yesterday. I was lost and he was found. I had been trying to get pregnant for a couple years or so it seemed.. anyway he’s still with us thank god but he’s getting up there. So are we. He’s our baby so I get it!! You write so beautifully.. keep writing ✍️ love you love Punkie. Will send to my friend whose cat is older and not well but hanging in there so far..

Thank you Lisa! My heart is heavy. Please send to your friend if you think it will help her. xo 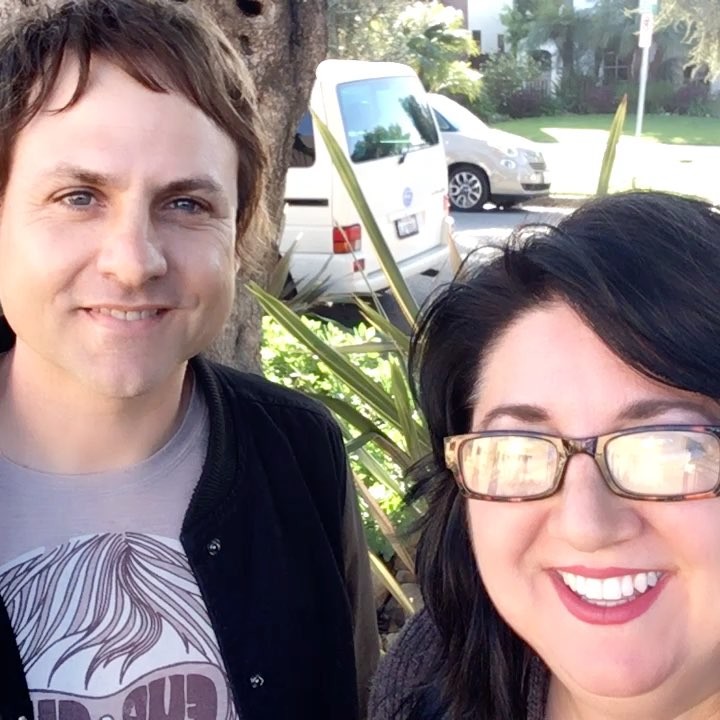 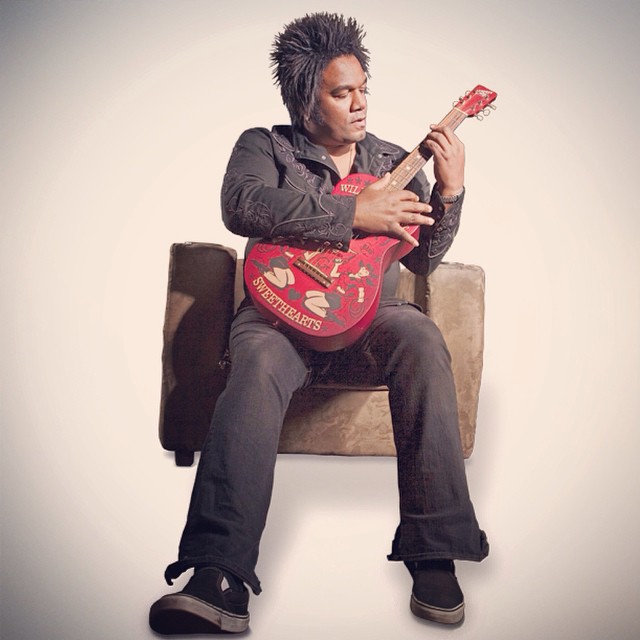 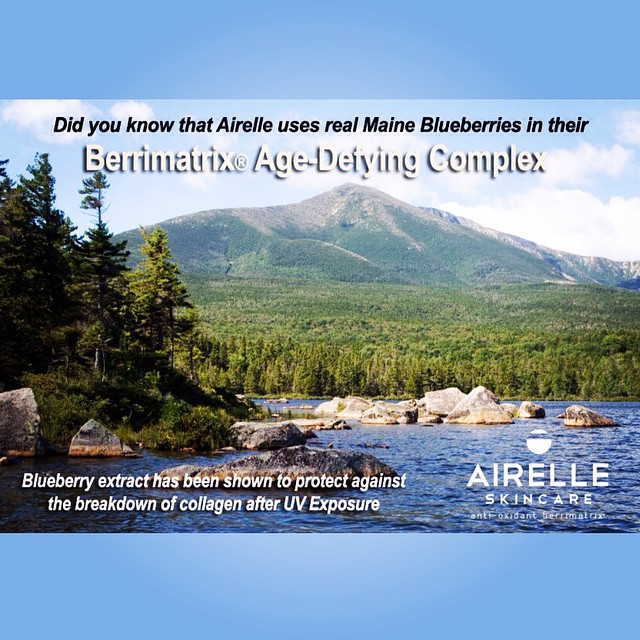 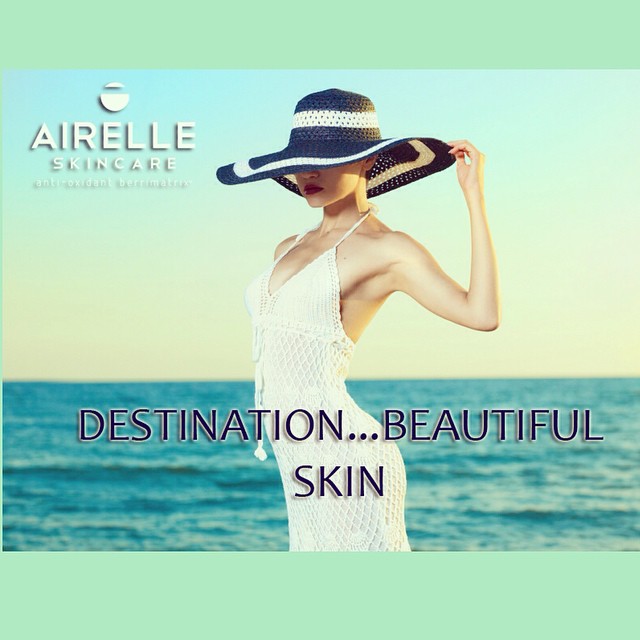 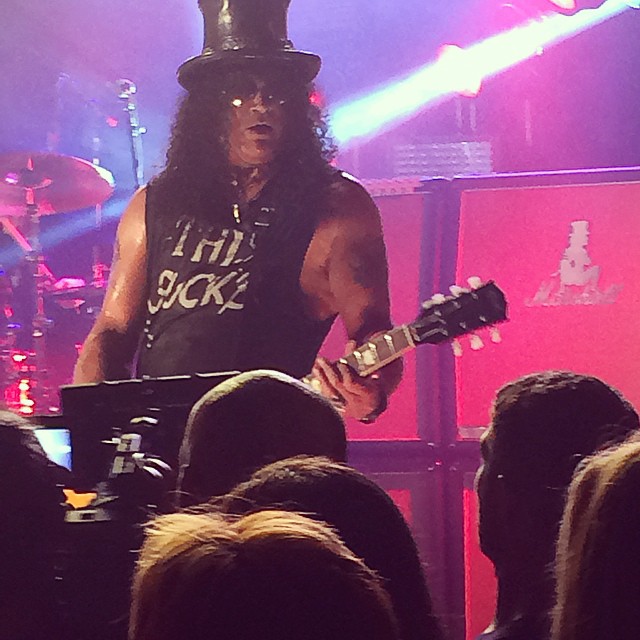 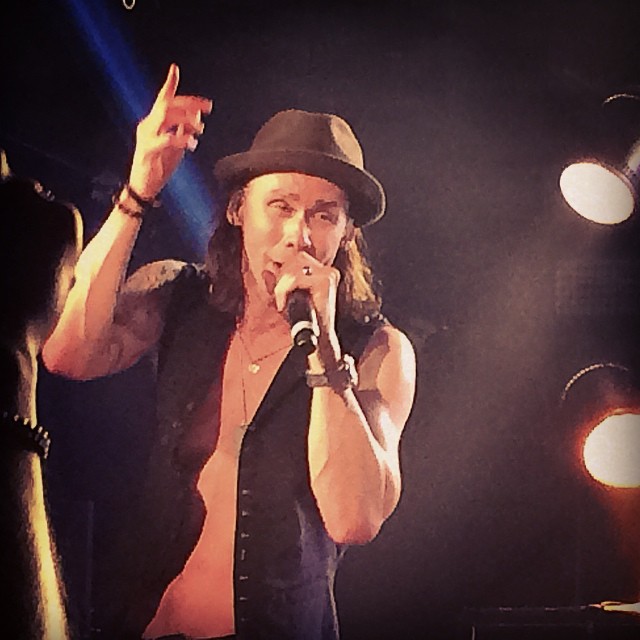 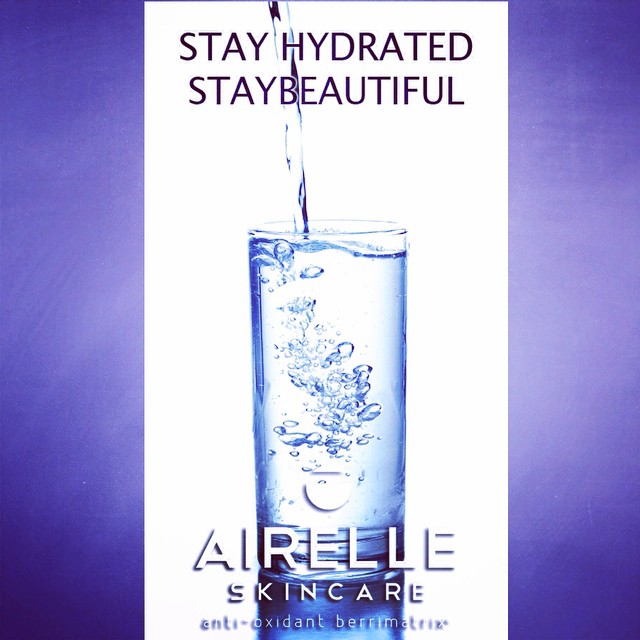 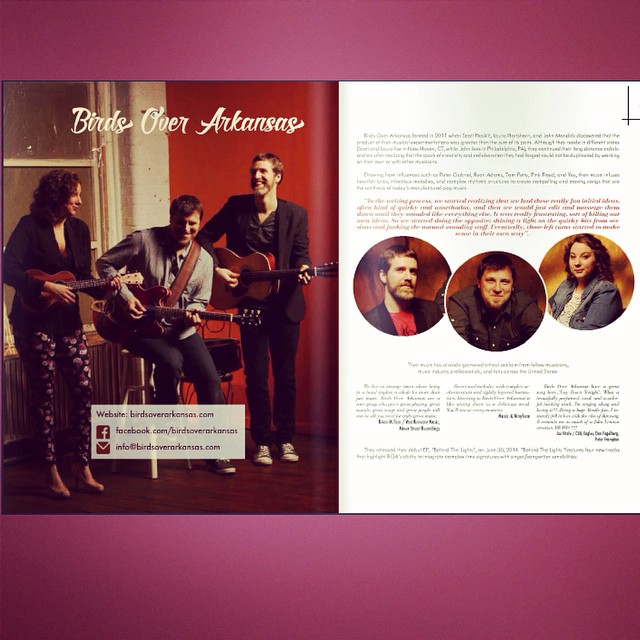 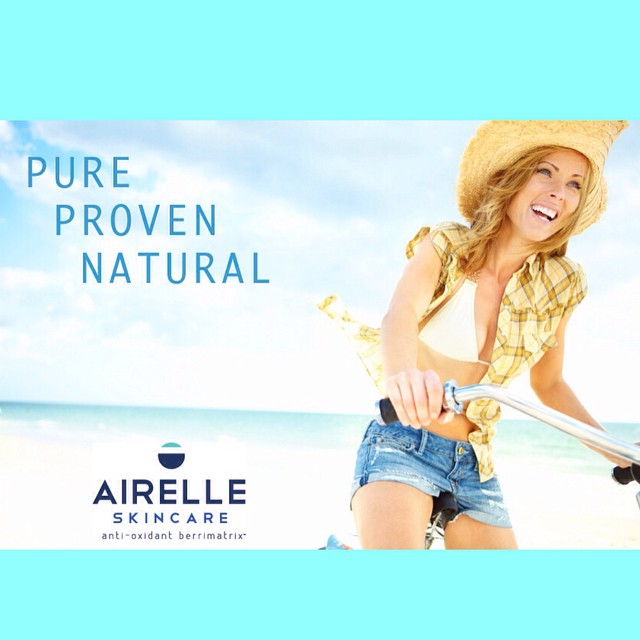